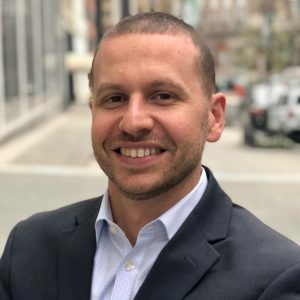 Prior to joining Generation Progress Action, Cohen founded the Public Service Consulting Group, a social justice consulting firm dedicated to advancing racial equity and reducing incarceration. Previously, Cohen served as the vice president and interim CEO of JustLeadershipUSA, a national nonprofit organization dedicated to cutting the U.S. correctional population in half by empowering the people most affected by incarceration to drive policy change. During his tenure, the organization scaled its advocacy operations nationally, led a successful grassroots campaign to close the antiquated House of Correction in Philadelphia, and grew its staff size by more than a third.

Cohen was an appointee in the Obama administration, where he was a senior policy adviser to the assistant attorney general for the Office of Justice Programs at the U.S. Department of Justice (DOJ). Cohen led DOJ’s efforts under the My Brother’s Keeper initiative to advance criminal and juvenile justice reform, with a focus on eliminating racial disparities and reducing incarceration for children and young adults. In 2013, Brent was 1 of 12 people appointed by then-President Barack Obama to the White House Fellows program.

Before coming to Washington, D.C., Cohen was the director of Legislative and Government Affairs for the New York City Department of Probation, where he doggedly pursued progressive criminal justice reform and successfully passed several pieces of state legislation to implement the department’s ambitious reform agenda, including the landmark Close to Home Act, which realigned juvenile justice services from the state to the city.

Cohen began his career as a teacher in South Los Angeles. He earned a bachelor of arts from the University of California, Berkeley, and a master of public administration from New York University’s Robert F. Wagner Graduate School of Public Service.